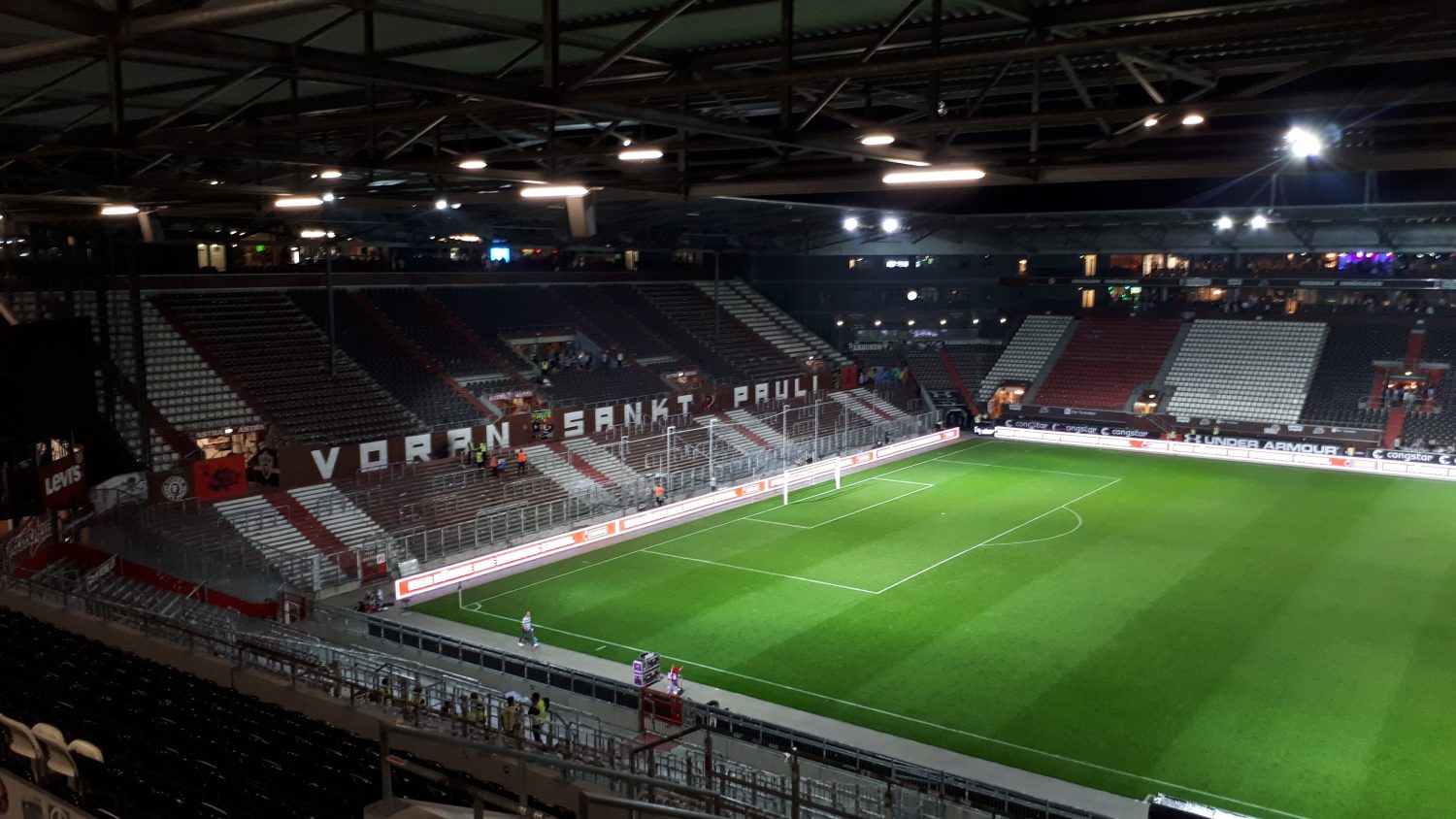 As the developments about Corona are currently pretty quick there’s a fair chance that this text might be obsolete within hours or is even obsolete upon arrival as further decisions might have been taken. Nevertheless, as it became rather clear on Saturday that matches behind closed doors might happen, I am curious about these developments. I am wondering: Is it reasonable at all to proceed with football matches? For what reason? And this inevitably leads to the question for whom football should actually be played for.

To start with: There are currently many more concerning questions than to discuss in which way football matches should proceed. But as this is a blog about football, I will discuss certain things here. To be clear: I am by no means a virologist nor an epidemiologist and I have no clue about medicine at all. But it appears as if the outbreak of the Corona-virus in Italy is about one week ahead of Germany. And the same is true about decisions made with regard to the Corona-virus and how to deal with it. In Italy’s Serie A where the number of corona cases is extremely high in the north, matches behind closed doors were the first measure. In the meantime, or to be precise, since Monday night, all matches and every other sports event have been canceled at least until the 3rd of April as the number of Corona cases is still increasing exponentially.

And now I am wondering if being a layperson is actually fooling me or if we face similar things in Germany just with a little delay. Certainly, this isn’t an unlikely scenario. And if you proceed with such thoughts, you’ll soon wonder about the same things the responsible staff of the DFL and other institutions are currently confronted with: Does it make any sense to continue the league, at least behind closed doors, until there’s no other chance than stopping it? For whom is football actually played for? To put it simply, there are exactly two factors football is basically played for and these two factors are currently in opposing positions: fans and money.

Since football and sport, in general, do not generate anything more (but also nothing less) than emotions, it also needs people who want to experience these emotions And for football, experiencing emotions simply works best inside the stadium. Is there any value in your club being promoted if you’ve no chance to witness the promotion inside the stadium? For sure, it does still have a high value but this value is also reduced at the same time. The same is true for scenarios in which public gatherings are no longer allowed and when people are thus hindered to watch a football match outside the stadium together. And again, we just have to look at Italy, where such things are already no longer allowed.
So the only remaining option is to stay at home and watch the match on telly. But wait, you don’t have a sky or BT subscription? So let’s head to the pub… but wait, strangers are gathering. Difficult.
So the only remaining option is to listen to the good old radio instead (besides all the other options the world wide web is offering…) Let’s put the nostalgia of radio-live-coverages and the quality of certain reporters aside (so let’s specifically not mention the afm-live-coverage here), for the most of us, emotions triggered by goals of our beloved clubs are at least reduced.
And there’s something more bothering me, even if I am not directly concerned, and which is definitely a side stage in the light of the current situation: There’s a not inconsiderable number of super-supporters in Germany who travel to every single match of their club, and who will be much more affected by matches behind closed doors than the usual supporter who is absolutely fine with gathering in front of a telly or radio to follow their club’s away matches. So, there’s a chance that series, which are already running for years or decades, can no longer be kept up. First world problems, definitely.
Additionally, matches behind closed doors are simply lacking emotions because the typical stadium atmosphere is completely missing. This has clearly be confirmed by some retired footballers who stated that those matches rather feel like a random kick-around in a winter training camp. And for sure this would also reduce the experience in front of a tv or radio.

So matches behind closed doors are certainly not played for the fans. So, what remains is the money. And yes, for sure, here we find a reason why the DFL is absolutely willing to finish the current season by all means despite all circumstances. Because to cancel the rest of the leg would clearly add financial constraints to the clubs as tv-fees can no longer be collected. And this is why the DFL wants to finish the leg until May by all means and in any case, because then, the secondment period for the Euros applies. If it’s not clear until then which club will be playing in which division in the upcoming season, there are further difficulties for the new season. As the clubs are financially dependent on regular incomes, not having planning security combined with further financial cuts can cause some really huge problems (which is definitely even more challenging for clubs in lower divisions). The amount of all income generated through ticketing for matches is 13% in the Bundesliga and 17% in the second division. For sure we have to assume that this amount is massively varying between clubs.
As you already know that I have no clue about medicine, the same is true for economics. And maybe I have another error in reasoning here but I am just wondering what’s more challenging for a club: to not know until May in which division the club will compete in the next season or to maybe play five matches behind closed doors until then and lack the according revenue. This is a pivotal point and no matter which decision will be made, in both cases someone will lose. A rather careful estimate which is already ten years old estimates that there are 110.000 jobs related to the first and second divisionin Germany. The tendency these days is probably more. So, there are plenty of jobs under threat currently and not just those of the moneymaking footballers of both divisions only. There is the catering company delivering food to the grounds or the company which provides stewards. How well can those companies deal with missing out on revenue, if only five matches would be played behind closed doors? On the other hand, there’s the question of how well the same companies and their staff cope with missing out on contracts from the divisions until the whole system is up and running again? And these are the real questions economists in charge to make decisions now should bother on before the wrong decisions are made.

Without providing you with a satisfying answer, I just tell you how – in my opinion – things should proceed: “The end of the season should only then be played when spectators are again allowed in the stands“. Because only if matches are played delayed rather than not played at all, clubs and service companies depending on the divisions can generate their income. And for the times in which no matches are possible (or which are currently planned to be played behind closed doors), a solution has to be found and which has already been addressed on a different level (keyword: bridge loans). This is a solution I would back straight away, as football should be played for the fans only and not as an end in itself.

As almost every division around the globe is currently facing the same problems, I assume that match schedules can be adjusted on a global level accordingly. Especially in the light of international competitions the associations should cooperate now rather than just pursuing their own agenda (which is even more reasonable in the light of the Euros). And also with regard to the running times of contracts of some players, this would be more than reasonable as for sure be one or the other season will only be finished later. And as the DFL is a specialist in announcing exact match times on short notice only, they should also be able to act spontaneously in this regard. But a major concern, in this case, would also be that the complete cancellation of the divisions (or catch up matches later on) would be a long-term decision. But as no one can currently estimate how the situation will be for example in April, this could also prove to be a bad decision later on especially when a regular schedule of matches might be possible again then.

So, there’s a lot of subjunctive used in this text. This is because it is extremely difficult to predict how the situation will develop. And the DFL is unfortunately on a zigzag course in this regard and tries to delegate the responsibility for matches to the federal states or even the clubs which have to decide whether to play/not to play/ play behind closed doors when they inform: When no other official orders from the local authorities interfere, the matches of matchday 26 of the first and second division will be played as planned. This is disastrous because in this case, competitive distortion isn’t far away. Because as Leipzig’s coach Julian Nagelsmann is absolutely right when he states that there shouldn’t be any difference drawn „between federal states with more cases of Corona and those with less“. This would lead to unfair competition. And as the federal state of Bavaria did already put wood behind the arrow there’s only one solution for the upcoming matchday: behind closed doors.

You can turn things up and down, there will be difficult times ahead even for football. And of course, we have to ask the question if it does make any sense to continue as usual when there are currently obviously completely different topics of much more importance around. “The show must go on” to keep the regular match schedule is, in my opinion, the wrong approach.

11 thoughts on “Behind closed doors: reasonable or not?”