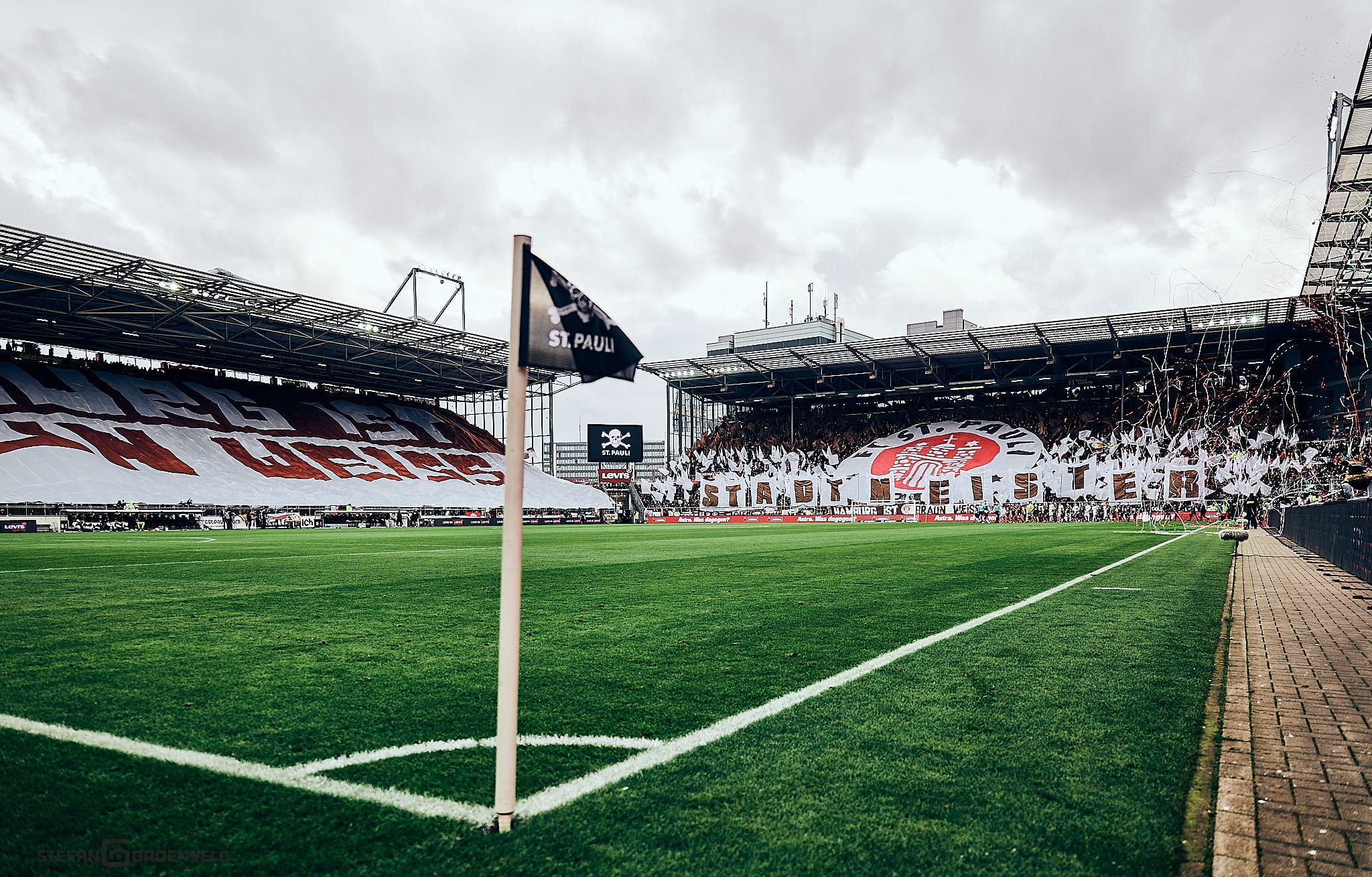 One thing is taken for granted: With this category, we created a lot of work for this summer. The FC St. Pauli did announce yesterday, that Rodrigo Zalazar will be contracted on loan from Eintracht Frankfurt for one year.
(Actually, we decided for this awesome cover picture by Stefan Groenveld as we simply couldn’t find any picture of Rodrigo Zalazar we were licensed to use as a cover pic.)

Zalazar is a 20yo central midfielder who is supposed to take another step of his development at the FCSP while – at the same time- being a beneficial addition for the club on the pitch. Zalazar signed his contract at SGE at the start of the 19/20 season, however, he instantly went on loan to the Polish first division club Korona Kielce (please, no puns about the club’s name…). There, he mostly played for their second team (in the fourth Polish division). During the second leg of the season, he also made a few appearances for the first team in the Ekstraklasa. Additionally, he also played a few matches for the U20 team of Uruguay already.

The transfer also caused a rather unusual addition when announced by the club, as Zalazar attracted some unlucky attention with a picture in Auschwitz on his social media channel before, when he played in the Polish divisions. The club is approaching this issue in a very open way and we published our thoughts on the issue already in this morning’s Lage-article.
And while we were still sceptical to find an expert for the Polish football then, our investigative research-network was already working in the background to find a suitable expert though. And Marvin of the Eintracht-Podcast was indeed able to watch a few of Zalazar’s matches in Poland and was also available to answer us a few questions on a short notice.

Moin Marvin, Rodrigo Zalazar is transferred on loan for one year to the  FC St. Pauli. Is this a good fit from your point of view?
For us, this transfer is a perfect match as St. Pauli is a strong second division participant where he can get the necessary competition to succeed in the Bundesliga in the medium-term. He clearly has the potential to succeed with you, however, his last station on Kielce wasn’t really optimal. Anyway: Zalazar is a robust player who can be successful if guided in the right direction.

Even though Zalazar is actually contracted at SGE, he didn’t play a single minute for the club but went on loan to Kielce instead. How was he doing there?
As described, Kielce was difficult. He was only making sparse appearances there before he was sent to the second team. With this team, it went a lot better but the fourth Polish division isn’t what I would consider a competitive area of action for a potential player of the Bundesliga. However, it was interesting to see him playing in various positions there.

After being used only on a short-term basis in the first team, Zalazar raised attention in the fourth Polish division with 3 goals and four assists in 10 matches. This lead to a few more appearances in the Ekstraklasa. Was this a positive development?
Certainly. He always recommended himself in the second team, he never let himself down and was thus rewarded with more appearances in the first division. However, it is very important that he is part of the complete pre-season.

Which strengths does Rodrigo Zalazar have on the pitch?
Zalazar is considered as a robust player who is nevertheless agile and especially flexible with regards to his positions. He can play as a defensive midfielder, a central midfielder or even as a right-winger.

He was also sent off the pitch twice during his time in Poland. Is this part of his way of playing football?
Well, he certainly is robust but he’s not a rude player. He’s rather still a bit impetuous and has to accommodate to every division first.

And which areas do still have room for improvement?
Every single one. Zalazar ist by no means a finished player yet, thus, it’s of enormous importance that he’s now working with a coach who shapes him further. The pleasant Rodrigo, who already wore the shirt of Uruguay’s U20 team, clearly has the disposition to become an established player of the Bundesliga. However, to become that, it needs someone who fosters him, integrates him and also demands him.

What do you believe is the SGE expecting from this loan? Do you think that Zalazar has the potential to play for the Eintracht in the first division?
He clearly has the potential but he also has to focus on that. With 20 years of age, he’s no longer amongst the youngest but when he can avoid being injured and bring his brilliant technique to the pitch he also bears the potential to follow up on Rode and others.

Bruno Hübner mentioned that the physical second division is convenient for Zalazar’s way of playing football. Is he the robust defensive midfielder, Timo Schultz always wished for?
I would believe that. With his technical skills he’s a real asset on the pitch as he can distribute balls and doesn’t have to act as a cleaner only.

What kind of human is Rodrigo Zalazar next to the pitch?
That’s difficult to answer as he’s only been to Frankfurt for a very short time. He appears moderate and in general pleasant.

He caused some trouble with one of his Instagram posts. Why?
Zalazar put a picture of Auschwitz on Instagram. Unfortunately, not in a thoughtful manner but to announce his birthday. An unbelievable silly thing which also showed that the person did not put any thoughts into the matter. However, a few hours after this posting, he apologized for this and it became obvious that he had no idea about the history.

Marvin, thanks a lot for your answers!

So now Timo Schultz got the much desired “robust” defensive midfielder. But one first has to wait if Rodrigo Zalazar can also show his performance from Kielce at the Millerntor as well and if he’s capable to make the hoped-for developmental step as a still-young player. To find out if the shown performance can also be transferred to the new club is usually the most striking question when a player is transferred from another division. There are certainly plenty of ways to find out (e.g. the Club Elo Rating, which already briefly indicates that the Ekstraklasa and the German second division aren’t that far apart. But it also shows that the second division is still a little bit stronger). So, Zalazar could be the sparkler announced by Schultz about which, however, you can never be certain if it works or not. But the risk with a player on loan only is also quite low. Further unknown are the terms of the one-year-long loan, if it comes with an option to later buy Zalazar or not (but as the FCSP did not mention such an option, it’s rather not the case).
Following the statement of Timo Schultz’s press announcement, the FCSP can look forward to an almost perfect central midfielder (“quick & agile – physical & robust”). And also for the fifth new field player, the responsible executives of the club emphasised his “strong offensive urge”. The direction of the basic idea of how to win future matches becomes clearer more and more. In general, Rodrigo Zalazar appears to be a player with a lot of skills to play an important part in the second division.

Welcome at the Millerntor, Rodrigo Zalazar!

p.s. Yes, this blog category comes with a lot of work for us. But the reason for this additional work which is based in a massive reorganisation at the FCSP is something I personally absolutely agree with. And we should also bear in mind that this time no time is wasted until new players magically appear. It rather seems as now, bit by bit, transfers are finalised which have been oven-ready since a long time or at least been prepared for a long time. I like that.

3 thoughts on “Who is Rodrigo Zalazar? – A player’s profile”