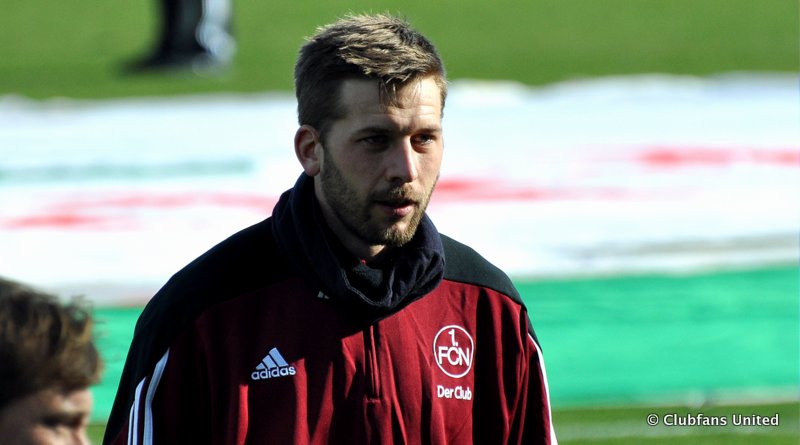 From now on Guido Burgstaller will be hunting for goals in the jersey of FC St. Pauli. Burgstaller comes to the Millerntor from Schalke 04 and has signed a contract until 2023. His contract at Schalke has been terminated, as various media report, saving the FCSP a transfer fee (both clubs agreed not to disclose the transfer terms). This should finally end the upheaval in the FCSP’s attack for the new season (however, this does not refer to the outside lane…)

Guido Burgstaller learned to play football in Austria. Since 2004, he has been active in the youth section of the AKA Carinthia. In Carinthia, he also made his debut in the men’s division at the age of 17, at a time when FC Carinthia was not doing well at all, and at the end of which the club had to close down at the beginning of 2009. This was followed by stints at 1.Wiener Neustädter SC and shortly afterwards at Rapid Vienna, where he played for three years. From there, Burgstaller moved to Cardiff City and only half a year later to 1.FC Nuremberg. There he had a very successful time in the 2nd Bundesliga (he also scored against FCSP at the end of 2016). After 14 goals from 16 matches in the first half of the 16/17 season, Burgstaller then moved to FC Schalke 04, where he played extremely successfully at the beginning if you want to reduce it to goals (20 goals in the first 1 1/2 years in the 1st division).

Although Burgstaller extended his contract with Schalke in 2019 until 2022, his sporting success in Gelsenkirchen declined sharply – both at the club and with him personally. Nevertheless, David Wagner, the S04 coach who had been sacked in the meantime, continued to rely on his services. At least until the end of last season. After the club had brought in strong competition with the signing of Vedad Ibisevic, Gonçalo Paciência and the return of Mark Uth before the season 20/21, Burgstaller was no longer in the Schalker squad at the beginning of the season. A change seemed quite possible – now it has happened.

In order to get to know Guido Burgstaller a little better and to be able to assess his style of play a little better, I asked Florian Zenger, who writes great articles on statistics and tactics for clubfans-united and knows Burgstaller mainly from his time at FCN, a few questions (and he gave statistically wonderfully well-founded answers! Just for the fact that we have a few words from Flo here in the blog, the Burgstaller transfer was worth it).

Moin Flo, Guido Burgstaller transfers from FC Schalke 04 to FC St. Pauli. Is the transfer a good fit in your opinion?

When I look at the squad from St. Pauli, it can certainly fit. Tashchy and Makienok are big, or in Makienok’s case even very big, players in the attacking centre, while Kyereh is more the type that is agile and fast. Burgstaller then covers the area physically, but dynamically very well. Above all, he also increases the variability at the front, should Schultz want to play with two strikers – this worked very well in Nuremberg with Niclas Füllkrug in a flat 4-4-2 as a sideman. Of course, he has had a long dry spell at Schalke now and has become a bit of a meme there, because he didn’t score anything, but he actually has the qualities in the finish.

What type of player is he? And what are his strengths?

As mentioned above, very physical, with an urge to the goal, he has also scored many goals in Nuremberg, came to a total of 43 goal participations in his 63 games. If he has the right players – and I think that was the big problem with Schalke in the end – then he is someone who can deliver in front of goal. Because of his physicality, he can also assert himself and get rid of defenders, and even when his opponents press he brings a toughness with him that can be useful for pressing. But his great strength in Nuremberg was his ability to create chances and even more to make use of them. Even if you can put a question mark over this from the data side, because he scored 0.33 xG per 90 minutes in Nuremberg, but 0.55 goals per 90 minutes (for 2015/16 and 2016/17), Schalke’s xG value remained the same, but he simply kept it without improving it.

In what areas can he still improve?

I don’t have him in my mind as the fastest player in the squad and he is now also quite a bit older than at FCN, that could become a problem. Also, the ability to assert oneself in one-on-one matches was not very pronounced in Nuremberg. Statistically speaking he had a quota of 33% in the offensive duels. By comparison for St. Pauli: Tashchy and Kyereh have 37% in the second division, Miyaichi 47%, which is roughly where Burgstaller is. Slightly better than the “wall players” such as Veerman or Makienok, who on average had 27%, but not as dynamic and assertive with the ball on their feet as others.

Under the direction of Timo Schultz, the FCSP is currently focusing on the transition play. Does Guido Burgstaller fit into this?

This is difficult to say because Nuremberg under Weiler, who was largely Burgstallers coach here, but also under Schwartz, played rather simple football, who relied a lot on long balls and quick passes then. Burgstaller also benefited greatly from Füllkrug next to him. Speed could become a problem and also the tendency to try to make up for this deficit by lurking on the offside line. With 1.25 offside positions per 90 minutes he already has a very high value – for classification: Tashchy 0.34, Kyereh 0.31, Diamantakos 0.88 – this puts him in very good final positions from time to time, but especially when transitioning, this can of course also destroy some attacks.

Can Burgstaller also act as a classic wall player?

I tend to say no because he is not an incredibly good header – without it being an explicit weakness – and can only deal with long balls to a limited extent. He is rather the one who could benefit from a wall player with a good headshot who provides balls for him.

On Schalke, Burgstaller played almost exclusively as a centre forward. At Nuremberg, on the other hand, he tended to play on the outside lane. Which position suits him better?

Clearly in the front where he is much closer to the goal. On the flanks, his problems in the offensive duel are even more apparent.

After 14 goals from 16 games in the first half of the 16/17 season, he moved from Nuremberg to Schalke. There he first scored regularly, but in the last two years, he has been below average. What has changed at Schalke?

In the beginning, things went well for him at Schalke as well. In the rest of the 2016/17 season he had 15 goal participations in 25 compulsory matches, in 2017/18 in Schalke’s runner-up season he had 19 goal participations in 37 matches, so only then did things go downhill in terms of goals. But of course, this was also connected with the general crash on Schalke. All in all, I don’t want to make a too detailed judgement about Schalke, I’m not close enough to that. But he was always a bit of a symbol for me that things weren’t going so well on Schalke.

At the age of 31, Burgstaller is no longer at the “best footballer age”. Can he still become an important support for the FCSP?

This is almost a philosophical question at the end. If I were building a squad, I wouldn’t bet on players beyond 29, but I’m probably too dogmatic about that. I do see potential in Burgstaller, because he gives the squad a new note as a type. But at the same time, I am a bit sceptical about the speed and how he has mentally coped with the phase on Schalke. The last goal in a league or cup match was – I think – in the first round of the DFB Cup 2019/20 at Drochtersen/Assel, thirteen months ago. When he comes back – and he has the ability to do so, he came to Nuremberg even after a very unsatisfactory phase at Cardiff – he will at least be a good addition, if not more.

Thanks for your assessment, Flo!

Wow, this is a real heavyweight who found his way to the Millerntor. This is exactly what sports director Andreas Bornemann announced at the beginning of the preparations, namely that there will be players who see no prospects with their clubs shortly after the start of the season and are looking for a change at short notice.
With Guido Burgstaller, Andreas Bornemann is not bringing in a stranger. Both were in the payroll of 1 FC Nuremberg between 2015 and 2016. Accordingly, it could well be that the existing contact between the two led to the transfer.
Of course, nobody can estimate at this point in time what role Guido Burgstaller can really play at FCSP. The last older striker to move from the 1st Bundesliga to the FCSP and take on a leading role there was Sami Allagui. This story was rather unfortunate for all sides. Therefore, not all of those who made it with FCSP will have jumped up in cheers as soon as the transfer was announced. But of course, this does not mean that such a thing cannot work, especially since the player types Allagui and Burgstaller are very difficult to compare, if only because of the physicality that is so important in the 2nd division.
The quality of Guido Burgstaller, if he can call it up or recall it after disappointing years on Schalke, could, in any case, lead to the FCSP suddenly having completely different options available in terms of formation and playing style.

Unfortunately, I had to find out that Guido Burgstaller cannot strengthen the SWAG team of the FCSP on Instagram, although there is massive potential there. He does not have an Insta account. That leaves me shaken…
Seriously: We can be curious whether Guido Burgstaller will be able to show his qualities immediately. Without a doubt, it is a transfer that will also cause a stir nationwide, as the name Burgstaller has long been synonymous with goal-scoring, even in the Champions League. I am an optimist and I assume that this transfer will not bring joy to other clubs in the 2nd division in the long term.

9 thoughts on “Who is Guido Burgstaller? – A player’s profile”