It might come with a little surprise, especially with regards to the timing, but: the club just announced that it will not renew the contract with Under Armour which is due to expire at the end of the season.
(Picture by Peter Böhmer, Translation by Arne)

To put it cautiously, the moaning about this news might only be limited within the fan-scene. Since 2016, we were supplied with kits and gear by the gigantic sports gear company from the US – and even if club’s president Oke Göttlich did emphasise frequently (even at one of our shows) that this was a really huge deal for the club, it never reached the status of a “match made in heaven”, particularly from a fan scene’s perspective.

Hunting- and military gear, partly blatant sympathies for Donald Trump, a somewhat never denied proximity to the NRA – yes, agreed, all other players in this field will definitely have their drawbacks as well, but with this deal, it appeared as if we’d moved to the very dark site.

So, it can only get better, even if the question remains if there can be any better offers in these economically challenging times. The club left the exact future in this regard unanswered so far. A few thoughts on that and how difficult the search for a new outfitter could get were already put to paper by flippa in August (in German only).

The Scots would say: “Get tae fuck, UA!” 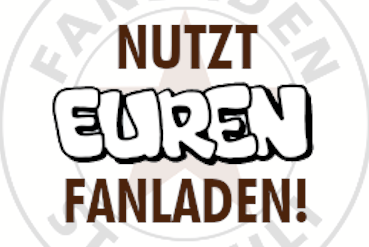