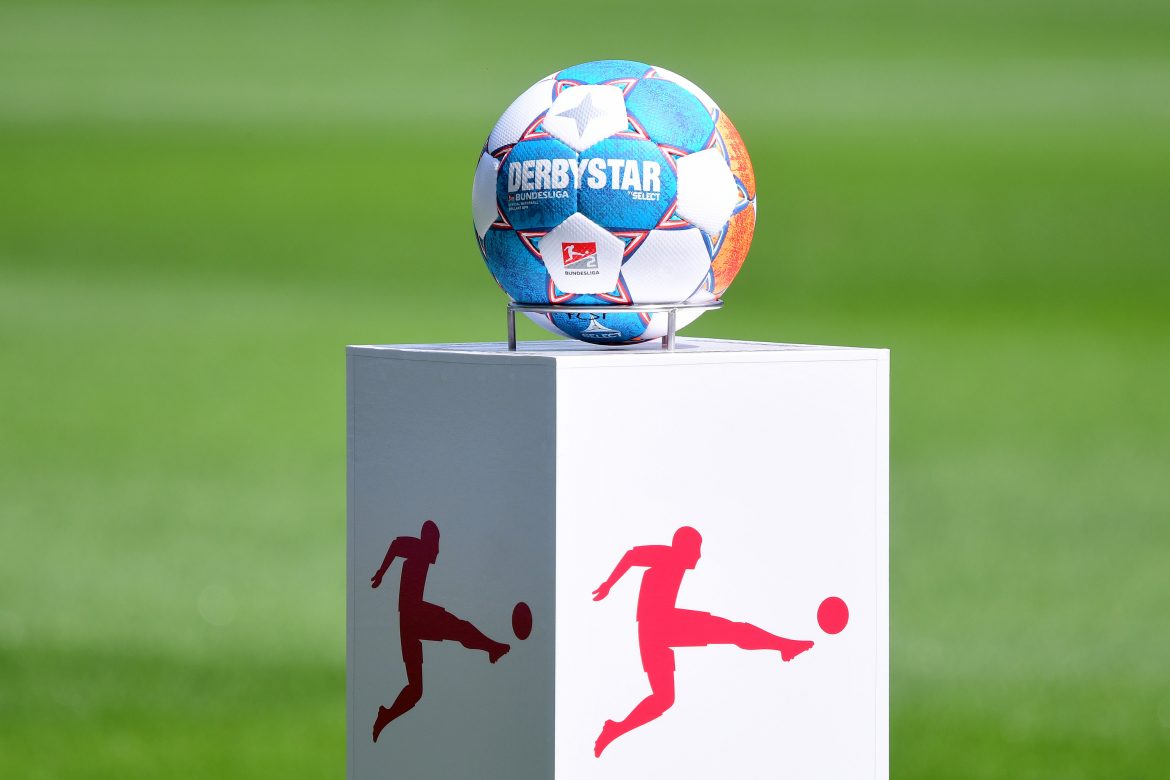 After four match days in the 2nd Bundesliga, it is time to launch a new article section. The MillernTon will now regularly look at what is happening at other second division clubs and take a closer look at where they are and why they are there. We will start with Jahn Regensburg, Fortuna Düsseldorf and Werder Bremen.

The sun shines in Regensburg

SSV Jahn Regensburg is currently the measure of all things in the second division, having won all four of their games, they’re currently basking in the sun at the top of the table. Meanwhile, the rest of the division is probably wondering why Regensburg have taken such a big step in the new season. Let’s take a look at the reasons:

Jahn Regensburg is not unjustifiably up there, although they are certainly making more of their opportunities at the moment. The first indication of their strength comes from the goals they have scored: seven of their twelve goals so far this season have come from set pieces (two of them from throw-ins). Here, a team seems to have done its homework and recognised the enormous opportunity that set-piece situations offer, while many other clubs still seem to underestimate their importance.

In addition, a pattern that has been practised in Regensburg for some time now has brought success: Three of the twelve goals in the season have come after winning the ball in high pressing. Under coach Mersad Selimbegovic, the team has been playing an insanely intense pressing game for several years, which seems to get better and better season after season.

But of course, it is not only due to the tactical concepts but also to the personnel that Regensburg is currently at the top of the table. In the summer, Sebastian Stolze and Albion Vrenezi, two strong players on the offensive flanks, left the club. These positions were filled by Bayern loanee Sarpreet Singh (2 goals, 3 assists) and SVW loanee Jan-Niklas Beste (1 goal, 1 assist). Only two departures in the “regular player” category are extremely unusual in Regensburg. In previous years, the top players left the club in droves and always had to form a new team first. This time, however, the top players have stayed: The double-six in Regensburg’s 4-4-2 is excellently manned by Benedikt Gimber and Max Besuschkow.

Jahn Regensburg’s football is therefore characterised by a high level of risk. After winning the ball, they always move forward quickly. The highest match tempo of all teams is an indication of this. Only two teams have shorter periods of possession on average and likewise, only two teams have played fewer passes than Regensburg. So FC St. Pauli must once again be prepared for one of the most unpleasant opponents in the second division this Sunday. It is certainly somewhat surprising that Regensburg is at the top of the table. But it is not a miracle, because they have been doing really good work at the back for years.

The sun does not shine in Bremen

Jeez, those are some pretty dark clouds gathering in Bremen! The financial problems seem to be overshadowing everything there and are having a massive impact on the squad. Many regulars have already left the club. The list of new arrivals is rather short and is described by many as poor in quality. That’s why sporting director Frank Baumann has come in for massive criticism and with him the head of the supervisory board, Marco Bode, who is backing Baumann. We asked journalist Solveig Haas what is currently going on in Bremen:

Hi Solveig, Werder Bremen has had a rather slow start to the season. What’s the reason for that?

The squad. Firstly, because important players have left and have not (yet) been replaced – Rashica and Sargent are perhaps the first ones that come to mind in terms of attacking play, but I think players like Moisander and Gebre Selassie are also extremely missing from the team structure. Many journalists and fans speak of a “total sell-out” and even if I find that unnecessarily polemical, the impression is perhaps also unsettling for the team internally, depending on how the approach is communicated. This also leads quite nicely to the second point: My impression is that the remaining team is also very unsettled. Füllkrug is the prime example for me: the problem is obviously in the head. For me, that’s not surprising after such a relegation and the years before. But then we have to work on it accordingly. But I also think that you notice from game to game that something is happening in the team.

There is a lot of rumbling not only on the pitch but also off it. Frank Baumann and Marco Bode have come under massive criticism. In your view, rightly so?

Yes and no. I understand the criticism, but not the intensity and the level. Werder has a massive lack of communication, that can’t be denied. There is a lot of confusion and little clarity. But what Baumann and Co. want to and have to communicate is also a bitter pill to swallow: Werder is financially down and simply can’t do what the club and fans want. In this crazy world of football, where people juggle absurd sums of money, we are no longer used to that. I believe the people in charge want to do their best and act responsibly and in a way that serves the club. I also believe that there are certainly people who could do that more successfully – but that would no longer be my Werder. Not because I’m into relegation and losing games, but because I desperately want “The Baumann Way” of acting (financially) responsibly and thoughtfully to work. This may be very naive, but Werder, especially in the person of Baumann is for me the antithesis of the absurdity of modern professional football. And I love that very much. Personally, I can’t understand the “Baumann/Bode out” calls, but I can understand the frustration behind them. However, I think it’s always worth asking: Who will come after and what will that do to our Werder?

What do you expect from the rest of the season? Will Werder Bremen still be able to compete for promotion? Or do you have to worry about staying in the league?

My fan’s heart says we’ll manage direct relegation because important players will come back before deadline day and the team will find that special Werder spirit again that for years has been able to compensate excellently for any deficiencies in the quality of play. The rational journalist in me also believes that this can be possible, but that it is much more likely to finish this season somewhere in the midfield of this division – not bad, but just not good enough for the first division. I think rationally the announced upheaval will take a while longer. It would also be presumptuous to pretend that Werder is automatically favourites in a division like this. There are teams that can definitely hold a candle to us. But Werder won’t have to worry about staying in the league.

Thanks for your assessment, Solveig!

Until next Tuesday, i.e. until the end of the transfer deadline, Werder Bremen will probably make some changes to the squad. Especially in the offensive, there seems to be a need after only one goal in the last three games. The traded Linton Maina, however, will not come. This transfer seems to have fallen through at the last minute. It is also clear, however, that Werder Bremen cannot score points in the negotiations with particularly well-paid contracts, as sporting director Baumann revealed to the “Deichstube”. According to various media reports last night, Marvin Ducksch will join SVW. Whether this is the hoped-for reinforcement remains to be seen. Incidentally, a certain Omar Marmoush is being considered as Ducksch’s replacement in Hannover.

The sun should be shining in Düsseldorf

“With the quality we have in the squad, we should actually have more points” said F95 offensive player Kristoffer Peterson after the 2-2 draw against Holstein Kiel on the last matchday. New coach Christian Preußer‘s team started the season with four points from four games. Measured against the xG values, that is rather less than was to be expected:

In Düsseldorf, the verbal bakery was a little smaller before the season. Before last season, the clear goal of re-promotion was formulated. That was not the case before this season, although those in charge certainly expect something this season with a high-quality squad. The below-average start to the season is certainly not helpful in achieving the internal goals.

The effort that Fortuna puts into the games is enormous and it is not only the xG values that show that more would be possible. Fortuna Düsseldorf has fired the fifth-most shots on goal, by some distance the most ball contacts in the opponent’s penalty area, and play the most balls into the final third (with the second-best success rate behind Darmstadt). Offensively, it are mainly crosses that should bring success. The ball has already flown into the opponent’s penalty area an incredible 110 times. Kristoffer Peterson in particular is always looking for the dribble to get into a position to cross the ball, and with over ten dribbles per 90 minutes, he leads the division. HSV in second place has hit fewer than 80 crosses. The success rate of the crosses is among the top 3 with over 40%. Statistically, therefore, Fortuna makes a good impression.
In addition, the game against the ball also seems to work: Fortuna loses the fewest balls in its own and the middle third of all teams but wins the most balls in the opponent’s third. If the defensive play in the flowing game fits (five-fewest opponent shots on goal), then the problems are almost automatically to be found elsewhere. Fortuna conceded four of the seven goals after the ball came to rest (two penalties). So there doesn’t seem to be a general problem in Düsseldorf.

Don’t pin me down, but Fortuna should pick up a few more points in the next few games. Next weekend’s game against Schalke 04 will set the tone for whether this season will also be about promotion. For both teams, because not only Werder Bremen but also Schalke 04 have not really started the season well. They even have the problem that they have not yet been able to convince in terms of both play and fight this season.
So it’s the typical picture of the 2nd division in the 21/22 season: Many teams have squads that are supposedly of high quality but also have undergone a massive upheaval in the summer. But it is precisely these teams that do not bring the quality to the pitch. Rather, when looking at the table, it seems to be the continuity in the squad that brings success. That should be clear to everyone after the promotions of Bielefeld, Union, Fürth and Bochum. So it’s only surprising for those who haven’t followed the 2nd division in previous years that KSC and Jahn Regensburg are at the top of the table. I am curious to see whether one of these two teams will also be at the top at the end of the season.