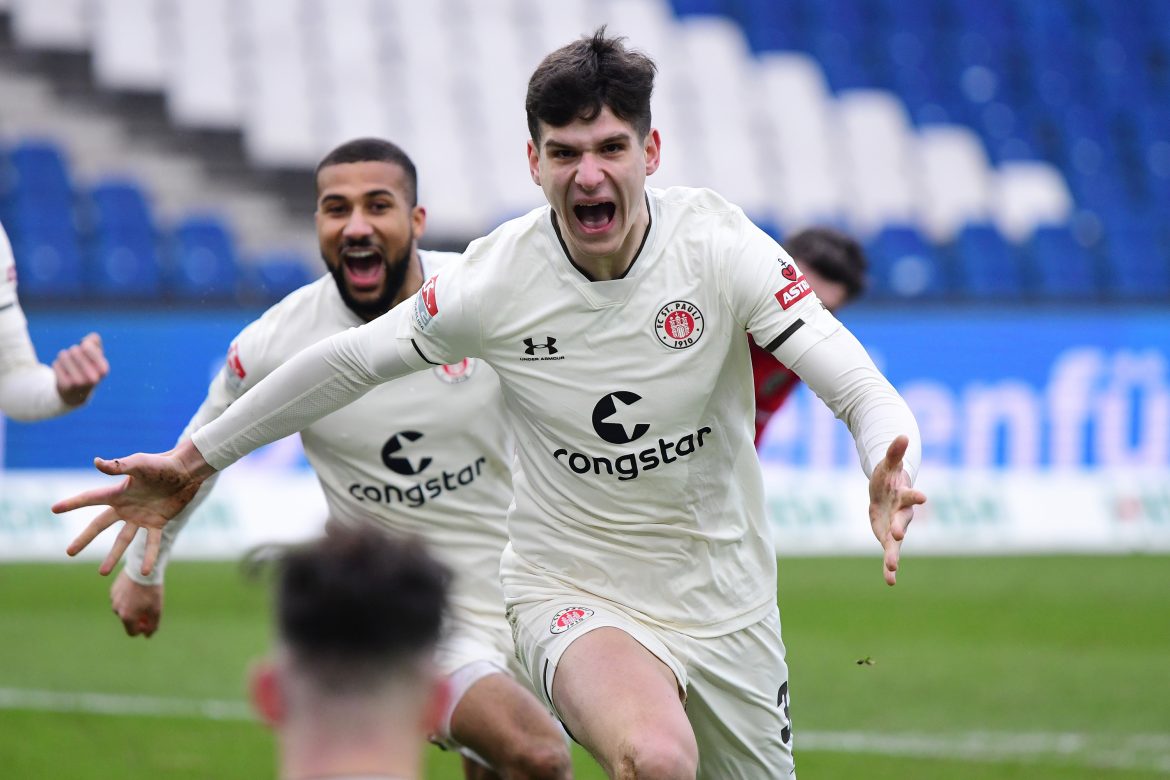 Igor Matanović is now only on loan at FC St. Pauli. The highly talented striker has signed a contract with Eintracht Frankfurt until 2026 but will remain on loan at Millerntor for the next two years. The more I think about it, the less I understand this deal from the player’s point of view.
(Cover picture: Peter Böhmer)

Igor Matanović is certainly one of the greatest talents trained in the FC St. Pauli youth academy. And he is also one of the players who have had a rather unusual youth academy career. While many players change frequently, Matanović has played for FC St. Pauli since U10 and has never left the club. Now the still only 18-year-old will pack his bags at the end of the 22/23 season and move to Eintracht Frankfurt.

Why is Eintracht Frankfurt doing this?

It is a rather unusual deal that has been agreed upon. From Eintracht Frankfurt’s point of view, the move is understandable: the people in charge are convinced of the player’s potential. However, they are of the opinion that Matanović will not be able to assert himself in Frankfurt immediately, but only in two years. Accordingly, they are looking for an opportunity for Matanović to gain playing experience at the highest possible level. At FC St. Pauli, the prospects for young players have improved massively in recent times. Not only Matanović but also Finn Ole Becker, Rodrigo Zalazar and Omar Marmoush, a number of highly talented players have been able to gain a lot of playing time at FC St. Pauli and have developed impressively.

Accordingly, from Eintracht Frankfurt’s point of view, the loan to FC St. Pauli is a logical and sensible intermediate step in order to carefully develop a top talent. This is also the tone of Eintracht’s words after the signing: “For his further development, it is important that he gets as much playing practice as possible. A loan to his home club, therefore, makes sense, because on the one hand he can help an ambitious second-division team and on the other hand he can take further valuable steps in his development this season and next season”. announces Markus Krösche, Head of Sports.

Why does FC St. Pauli do that?

Igor Matanović’s exceptional talent was not only known to those in charge last season when he was temporarily in the starting eleven in the 2nd Bundesliga. Matanović was already given a professional contract at the beginning of 2019 when he was 15 years old. This was only valid from this season onwards. Giving youth players professional contracts at an early stage is also a kind of proof of confidence in the player and, on the other hand, gives the player the guarantee that he will get the opportunity to train under professional conditions.
I have no idea about the details of the contract, but I assume that the professional contract was not only for one season. In addition, I assume that FC St. Pauli already tried to extend the contract last season and thus change it, as Matanović’s development was much more rapid than presumably assumed at the beginning of 2019.

I don’t know the details of the contract, nor the club’s efforts to extend it. And I also have no idea what interests Igor Matanović or his advisors were pursuing. Accordingly, it is difficult to assess whether this deal is a good thing for FC St. Pauli. What is clear is that Eintracht Frankfurt will pay a transfer fee to FCSP for Matanović. Since such a talented player as Matanović is not so easy to find, the transfer fee is probably not particularly low.
But. Actually, there are several “buts” that make things complicated for FCSP. Because if the term of the contract was only one season, Matanović would have been free of a transfer fee after the end of the season. If no agreement could be reached with Matanović’s side on an extension, then the sale was now the only option. Because currently Matanović is injured. He has been out for several months. However, the option of keeping him and then letting him go free of charge only makes sense if the player gets enough playing time during the season. That is not at all clear with Matanović.

Both clubs have agreed not to disclose the transfer fee. Only the duration of the loan (including 22/23) and the length of the contract (until 2026) have been communicated. The signing of the contract is likely to be accompanied by a massive salary increase and possibly also a loan fee. In the worst case, FC St. Pauli will have invested the entire transfer fee in financing Igor Matanović for two years. Then it might not be such a good deal. On the other hand, Matanović’s development seems to be on a steep upward trajectory. To be able to keep such a player in the squad even in 22/23 is possibly only possible thanks to such a deal.

Why is Igor Matanović doing this?

Well, that’s the question I ask myself the most. Why does a highly talented player sign such a long-term contract with Eintracht Frankfurt without immediately playing for Eintracht? I’m particularly concerned because that seems to be exactly the model that was rejected by Finn Ole Becker, according to consistent media reports. Frankfurt also wanted to sign him and loan him out directly to FC St. Pauli. A long-term contract with a top first division club certainly makes sense for young players. But what security does Igor Matanović have that Eintracht Frankfurt will still be a top address in the first division in two years’ time?

For me personally, it would have been more understandable if he had not signed a long-term contract. Because with the current development, a much bigger step, i.e. to a bigger club, seems at least possible in two years.

With the contract signing now announced, Igor Matanović should in any case have some security, including financial security, for the next five years. Eintracht Frankfurt can definitely look forward to a very big talent. FC St. Pauli can hope for a further explosion in Matanović’s performance over the next two years and play a part in his development. The next two years will show whether this is a good deal for all sides.