To make one thing clear in advance: As a second division club, any sort of arrogance would be completely out of place if you only made it into the next round after winning the penalty shooting against a fourth division club. And yet: Lübeck? Haha!
(Reporting from Lübeck: Tim (sports) and Maik (trappings))

Trappings:
We weren’t too excited about the drawing. At least, we didn’t get another third division club and furthermore we were successful here three years ago – as you know we usually don’t get that far.
Again, the ticketing situation in Lübeck was rather tense. The representatives of VfB Lübeck didn’t address the suggestion St. Pauli made to only sell standing tickets to allow more fans to attend the game. Okay.
Yet again, they brought their mobile seat stand into action, on the other corner of the curve for a change.

And since they didn’t qualify for the DFB-Pokal since the previously mentioned game from three years ago, they made a T-Shirt for this event. Black, simple and had “Scheiss St. Pauli!” (You could translate it as “St. Pauli sucks!” or “St. Pauli is shit!”) written on it. A classic you can easily wear in three years for the next first match drop-out. Maybe our Fanshop can provide a free “We dropped-out against for the third time against the otherwise very reliable first-round losers from:” print for their t-shirts.

Aside from that, my arrival and departure were very laid-back (traveling by car). Even the admission control and the food and beverage supply were much worse in my memory. Mobile toilets are always an impertinence, especially for female fans, but in many other stadiums below the second division, the situation would be very similar. At least, a sufficiently large number was available.

At the start of the match, we’ve had these huge, elongated balloons on our side which we used to rhythmically support our “Wir sind immer für Dich da…” (“We’re always there for you”) chant, which looked really nice. Also, colored smoke and a very fitting banner in front of our stand. Very chic, I liked it.

Tim will tell you more about the match, I’d just like to add a short:
“It’s over, let’s carry on!”, because:

(Translation of the tweet:
On the bus trip to Moscow in Autumn 2020. Ponderingly, you look out of the window thinking silently: “That 0:2 in Lübeck.. Everything could’ve ended there.”)

You’re not supposed to win a beauty contest, especially considering our cup history and the recent personnel situation. More than 300.000€ revenue for the win is good and will hopefully move something in the transfer situation. Other than that, we have to hope for a manageable home match in the second round. The drawing is on Sunday.

And the last greeting goes to Lübeck: Haha! // Maik (Translated by Flo)

Sports
We should’ve gotten suspicious once we arrived on time at 12:45 at the central station Lübeck after a very relaxed trip. We could’ve been at the stadium at 13:00 easily to have a sound and streaming check and a small lunch alongside some preparations for the opponent. However, at 13:20 we were still straying around between the central train station and the bus station, looking for a bus or a cab. In the end, it was a cap that unerringly drove us through Lübeck’s fan scene. Fortunately, we’re not easily spotted as St. Pauli supporters, I thought for a moment looking at some of the Lübeck fans. I’ll add more to that later.

The assembly for the AFM-Radio (note: a live commentary of the match made by St. Pauli fans like Tim) went frictionless and we’ve been able to quickly eat two hot dogs right before the game started. Little did we know that we’re going to comment on the game for about three exhausting hours. Let me tell you one thing up front: That was definitely the most nerve-wracking match I’ve had to comment.

Let’s get to the match: The preparation for the opponent (learning the names and numbers of the players, identifying particularities and their system and read their last results) showed us, that Lübeck really likes to use lines of three. We discussed that St. Pauli might face them with a back three but we didn’t necessarily expect it. It was only when the line-ups were announced that we seriously considered a line of three at the FCSP.
Why did St. Pauli act with a line of three? The advantage of a three-man backfield is that an additional player is available in the offense: as a second striker or another central midfielder. Thus, the center is nicely condensed if a three-man backfield is brought into play. How do you counter that? Correct, also with a line of three (with two strikers and two wingers who stick to their positions). Therefore, the backline of three was a logical consideration for the match against Lübeck.

However, the plan did only work partially. St. Pauli was in charge of the game until the last 10 minutes of the regular time, had significantly more possession of the Ball (68%) and played more than twice as many passes (692-333). Only that’s not worth any mention, if
1. the passes in the last third won’t reach their target and
2. the opponent does much out of less and is even able to gain the lead with their first attempt.

St. Pauli played in a 3-5-2 formation with Møller Dæhli playing on a defensive central position behind Sobota and Buchtmann. From time to time they switched position which allowed Møller Dæhli to push down the outer lanes. Lübeck’s team opposed with a 5-3-2 formation leaving plenty of room for St. Pauli’s build-up-play. Partly, ground passes were easily played from Knoll to Møller Dæhli over to Buchtmann (or Diamantakos even). However, the spaces became extremely narrow after these passes. Lübeck’s team was most noticeable due to their aggressive but mostly fair tackling. The FCSP needed quite some time to hold against that.

The means of Lübeck was very simple: Play the long ball to Hobsch and have Arslan, Deichmann and Hoins fight for the second ball. Once they got into possession, Thiel and Riedel moved up on the outer lanes which allowed them to broaden their game. This variant was successfully, especially due to their aggressive play in the beginning. Over time the success decreased more and more while St. Pauli was able to get in possession of the second balls more often. This way the FCSP was able to dominate the pitch. However, they weren’t able to score. And to score, you’d need compelling opportunities. Especially the last passes or rather the ones in the last third mostly didn’t reach their target. The main reasons for this were the narrow rooms and that somehow one of Lübeck’s was always able to block.

At the end of the first half, St. Pauli shifted their game over to the left side to use Miyaichi’s speed to create chances with swift movements.

The FCSP only got good and compelling in the second half, though. You could easily see that players like Thiel and most notably Deichmann did a lot of work in the first half. That’s how St. Pauli was able to push back Lübeck even deeper which opened up the half-spaces just before the penalty area, allowing our players to run through there freely. Additionally, the links in the center worked noticeably better. It’s at this very stage that Lübeck was able to raise the score to 2-0. It’s unbelievable!

That was definitely a hit! The FCSP needed quite some time to get back onto the track. Then it was Sobota, who hammered the ball straight into the angle and thus starting an incredible pressure phase which allowed St. Pauli to score again (2-2) and they should have scored again. Lübeck was only able to get back into the game with the substitutions of Mende and Fernandes about 10 minutes before the final whistle. Mende, the first substitute, was supposed to close the gaps in the center.

The last 10 minutes of the game had to be sorted in the category “cup fight”. Especially Halke and Lankford had to sort things out (we’re lucky that Lankford didn’t get a red card for his “I’m going to show you all that I’m not in control of myself” return foul). St. Paulis game missed the direct links because Lübeck switched to a 4-4-2 formation with strong pressing to prevent direct passes.

And as it’s the case with cup fights like this, the FCSP should consider itself lucky for being able to make it into the extra time because Lübeck only failed to score another goal right before the halftime whistle out of their own stupidity (Note. Tim used a more friendly word),

Instead, St. Pauli scored the third goal after a corner (yay!). And this variant worked so well that it almost lead to another goal. Only at the third try, when Lübeck covered Knoll with three players they’ve been able to defuse this situation.

The FCSP was now well sorted on the pitch, but you could notice that their legs became heavy. This was also the case with Lübeck’s team as they were on their gums already in the second half. But you know how it goes with these cup fights and of course, Lübeck managed to come back again and put a lot of pressure on within the last ten minutes of extra time. In this stage Diamantakos had to score the 4-2. A little while later, after a throw-in, Arslan showed up in the penalty area completely free and made the equalizer (3-3). Now, the lottery has to decide the game because St. Pauli didn’t manage to make use of their advantage(I’m skipping to rant about the stupid action which leads to the send-off).

Daniel #Buballa: “We made life difficult for ourselves today, but we came back and showed good morale. Six goals, extra-time and a penalty shootout – If you’re a fan in the ground, those are the games you want to see.” #vfbfcsp #fcsp #DFBCup pic.twitter.com/2R7Bt2gemo

No Buballa, not really. I would’ve liked it to have this done in 90 minutes. And exactly like the game went. Turn a 0-2 into a 3-2. Great for the mind, easy on the legs.

Yes, a second division club played against a fourth division club.
However, Lübeck
1. is clearly the favorite on the first spot in the Regionaliga North (the fourth division is divided).
2. has lost a match the last time in 2018
3. got an opponent that’s the complete opposite.
With many losses in our baggage since 2018 and clearly no favorite on the promotion. After factoring this in, the distance isn’t that huge, anymore. I’m not saying Lübeck is the favorite in this match but I’d like to clarify that the “We’ll easily kick them out of their own stadium” mentality is not contemporary anymore. Players in the fourth division are professionals who, at least in their youth, were trained just as well as the players in the first and second division. The gap is therefore much smaller then it was about 10-15 years ago.

There’s a way the larger gap between the two fan scenes, though. My goodness, the Lübeck fans worked their ass off on us. Even on the main stand their “Scheiß St. Pauli”” t-shirts (!!!) were sold like hotcakes, not to mention the ongoing chants. Like that’s gonna bother anyone. We get that everywhere, all the time. It’s not creative, goes down in the background noise and is just miserably. The club turns 100 years old and their supporters can’t think of anything better than to deal with their opponent. It’s kind of sad about such a club.

Another thing that makes me sad is that I won’t be able to attend the next match against Stuttgart. Dear FCSP, I’ll only manage to survive this thanks to an away win. Take care of it! // Tim (Translated by @Flo) 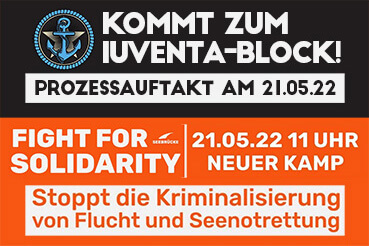