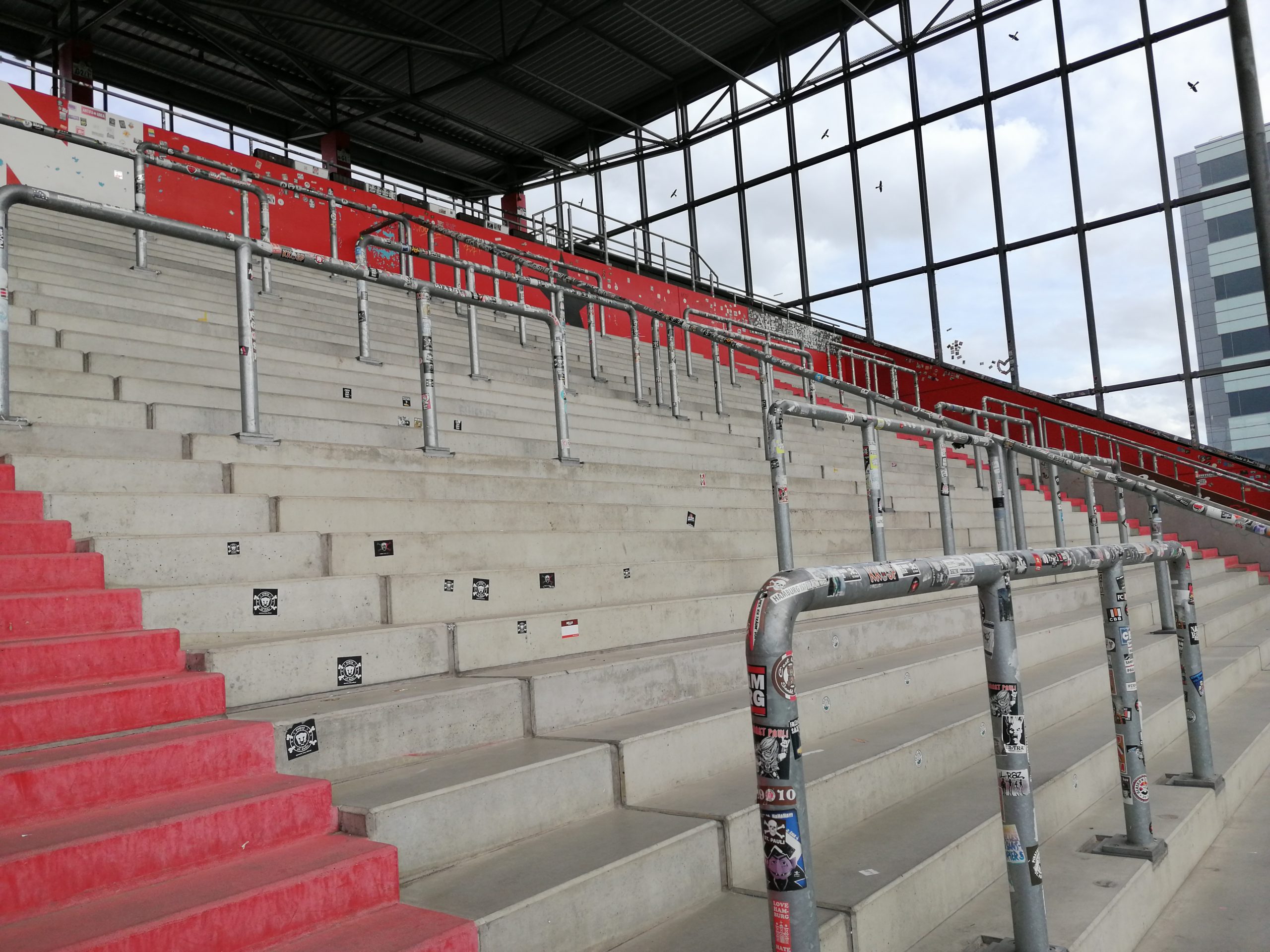 …but that’s not possible! And so just as usual with this club, we take the highest percentage we could possibly get – or, to put it simply, 2.226 spectators. After the concerted decision of the Federal Government and the federal state governments which allowed 20 per cent of spectators of the maximal stadium capacity back into the grounds, we just received the first information for the home match of the FCSP against Heidenheim on Sunday.

We already asked you in our daily state of the club article on September 16th whether you would consider visiting the stadium again, even if only a limited number of 20% of spectators would be allowed back in. The result of your replies is quite diverse, while some would visit the stadium again, others wouldn’t. But you all agreed to one point: A limited number of allowed spectators would not even partly cause that someone would report a “brilliant atmosphere” later. Because one thing appears taken for granted: home matches of the FC St. Pauli are defined by people who meet each other, who cheer together for the brown-white, who scream, sing, jump, swear, who get the beer of their neighbour smashed in their face after a goal, who moan that there are still no chips served in the stadium, who get goosebumps as soon as the guitars start in “Hells Bells”.
You know what we’re talking about.

So it still remains a difficult decision for both the club as well as for every single spectator whether there’s a policy of “Everyone or nobody” or how to act when only a partial number of spectators are allowed back in. There are pros and cons in both cases. But it’s for sure that no option will cater for every single one as there’s no compromise when it’s “Everybody or nobody” but at the same time, the club relies on earnings through ticketing even of partial numbers of spectators and when there are some fans at the same time who desire to come back to the stadium to support their team asap.

The FC St. Pauli decided to allow spectators back into the stadium. And the club also explains why this decision wasn’t an easy one and why it took some time to come to this decision and to publish it a little later.
So the next home match against Heidenheim will (probably) host 2.226 spectators.

For clear reasons, there will be no standing places, the individual seats will be located at least 1.5m apart from each other. (Actually, there will be 300 seats allocated in the standing areas, however, standing is strictly prohibited, everyone with a ticket there has to bring their own seating cushion.)
Furthermore, there will be no “blocks” with two or more seats allowed for households or social bubbles at least not during this first home match which will also be a rehearsal only for many reasons anyway.

Who will exactly be allowed to visit the home match at the Millerntor will be decided through a raffle:

And a raffle is, in fact, the only possible solution to allow a somewhat fair distribution of the tickets. Of course, it would be even better if even those people who do not possess a permanent or season ticket could apply for a ticket, this was also frequently mentioned here in our comment section or on twitter. The waiting list for permanent tickets is long and no one could even buy a season ticket this year yet. And there is also a high number of fans who support the FCSP intensively without being a permanent or season ticket holder. What about them? With the current number of allowed spectators, no one really has to care about questions like these, but it will be another thing to solve for later matches with more spectators.

Whoever is visiting the Millerntor from a distance could then apply for a ticket, there are no travel restrictions within Germany and even fans from foreign countries can theoretically travel to Hamburg for a match (unless they come from a high-risk area). Whether this is a suitable option for the many in this very short notice case this time is just a hypothetical question.

But it remains questionable for how long this policy will remain. Some federal states (e.g. Schleswig-Holstein) did already allow concepts with more than 20% of stadium capacity. After all we’ve been through so far, we should not keep the illusion that all clubs will behave solidary with other clubs and thus will voluntarily forego of spectators in their stadiums.
And we can all complain about this lack of solidarity. And of course, this would be some sort of distortion of competition. But we should also keep in mind that some clubs are heavily dependent on the earnings made from ticketing (in a colourful world, which is solely filled with good things only, these earnings would then be paid into a solidarity fund and shared fairly. We all know that.)
And on the other hand, corona cases are on the rise, some matches will still be played completely behind closed doors and this might still be back on the table for matches in Hamburg at a later stage.

Would other solutions have been possible?
Certainly. Actually quite a lot. And most of them have for sure been discussed in some form at some stage – and not been chosen for many different reasons.
We don’t want to be the ones responsible to decide, neither in the club nor in the health authority – as there won’t be much applause anyway.
So let us try to make the best of the given situation and to somehow bridge the time until everyone is allowed back into the stadium, even if this might still be very far away.

And let’s stick to the statement that was published by the active fan scene yesterday, amongst others through the council of the fan clubs. Whatever will happen at the Millerntor on Sunday will not be nearly similar to a usual stadium visit at the FCSP. With even less percentage than the allowed 7.5% of stadium capacity.
Everyone who’s nevertheless looking forward to seeing the holy pitch from a close distance again and to keeping their fingers crossed in the stadium will already know that anyway.  And nevertheless many will do.
Good luck for everyone who decides to enter the raffle and all those who’ll win: have fun!
Stay healthy – and get us three points…