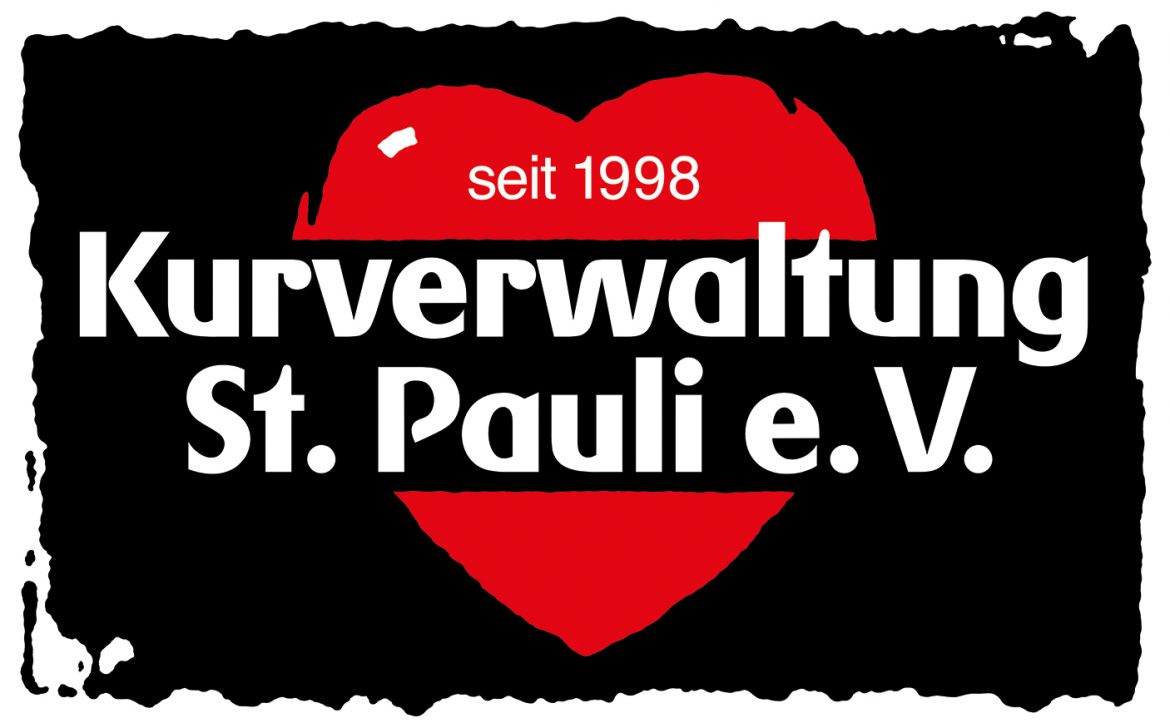 If you walk through the district with your eyes open, you will see them more often: Groups of tourists who are told by a guide what exactly this famous and notorious district is all about. There are such and such – and at least one organiser who does all this to support social institutions and cultural projects, the Kurverwaltung St. Pauli e.V.

I met with Sönke Albertsen and Klaas Eßmüller at the Feldstern, who are both on the board of the association, to talk about the Kurverwaltung. Before doing so, I accompanied Sönke on the guided tour of the Schanzenviertel, which is always offered on the first Saturday of the month at 15:00h.

For about 90 minutes, Sönke led the small group through “die Schanze”, starting at the station, across the former butcher’s premises and then the many small streets and backyards before we ended in front of the bunker on Feldstraße. And yes, especially for me as someone who once relocated to Hamburg there was an awful lot of new information.

MillernTon: Sönke, Klaas, thank you very much for your time – why don’t you start by telling us what the Kurverwaltung is all about, how and why it was founded.

Klaas: Kurverwaltung St. Pauli e.V. was founded in 1998. The specific occasion was the closure of the harbour hospital by the Senate at that time. The St. Pauli district was financially disadvantaged, with poor medical care anyway – and yet it was political will to go through with this closure. This was decided in 1996 for cost reasons and surprisingly (for the senate) a lot of protests arose, including the citizens’ initiative “Ein Stadtteil steht auf” (A district stands up), co-founded by Holger Hanisch, who then also co-founded the Kurverwaltung and the “CaFée mit Herz”.
With the growing tourist interest in St. Pauli, there should at least be something positive for the still very poor district to improve social conditions. Right from the start, the spa administration tried to do this by levying a visitor’s tax at the St. Pauli underground station, where 50 pfennigs were to be collected with the bell box. However, it was not very successful and was soon discontinued.
What did emerge permanently, however, were the Kiezführungen (guided tours of the neighbourhood), which tell interesting stories about St.Pauli that go far beyond the lights of the Reeperbahn.
The tours are conducted by “Kurschatten”, we are all volunteers. The money raised supports social and cultural initiatives.

MT: But how do you come up with the idea of calling it a “Kurverwaltung” (which would translate to something like “spa administration”)? I think of idyllic places like Bad Salzuflen.

Klaas: The tongue-in-cheek idea behind it was that everything for a health resort is also available here. The “healing water” was Astra, which was still brewed on St.Pauli at that time. There are “spa concerts” in the numerous clubs, the fresh air at the harbour – so the only thing missing was the spa administration.

Sönke: We have declared the district a health resort and provide the “Kurschatten” (which would translate to spa shadows, usually a fling one has while on a spa vacation which is considered a shadow as it follows the one on a spa vacation 24/7) on the guided tours. The spa regulations also apply: shops are allowed to be open on Sundays.

MT: And how did you come to it yourselves?

Sönke: I moved from the village to Hamburg in 1989, got to know and love the district and its football club. And yet, for a long time, I only knew the Reeperbahn and five or six shops around it. Then, in 2007, I got involved in the classic way, familiarised myself with the subject, started with the guided tours and it’s a lot of fun.

Klaas: I moved to Hamburg in 2000 and at that time I took one of the Kiez tours quite early as one of the first explorations in this city – and the Kurschatten walked with us right through the hotels! That would no longer be possible today.

However, I only came to the Kurverwaltung at the beginning of 2019. After rupturing my Achilles tendon, I had to give up my volleyball hobby and was looking for a new job – and since this tour had made a lasting impression on me and I had always followed the topic since then, this was the obvious choice for me.

MT: You have an immense amount of detailed and background knowledge on your tours. How do you prepare new Kurschatten for the tours?

Sönke: There is a basic material that we provide, but otherwise it grows with time and experience. My first tours were compilations of tours I had taken myself. Over time, you not only develop your own style but you also experience and learn new things all the time. Shops close and new ones open, everything changes. Of what I told back then, perhaps 20% is still part of my content today, the rest has been worked out or experienced by myself.

Every Kurschatten certainly has his or her own personal touch. With Klaas and me, FC St. Pauli always comes up somehow, with another colleague the term football may never come up. This is precisely one of our strengths because guests often report back to us that they are taking part again and again, and yet each tour is always different. We also always try to adapt the tours to the participants. Guests who are in Hamburg for the first time are shown different content than native Hamburgers who perhaps want to discover a few unknown corners.

MT: What kind of tours are there anyway?

Sönke: The St.Pauli tour is the classic, it takes place every Friday, from March to the end of November, except Good Friday. On the first Saturday of every month, there is the Heimatkunde im Schanzenviertel tour. In addition, there are irregular tours such as the tour in Low German or on resistance and persecution in St. Pauli, which we have already offered in cooperation with the fan shop.

You can also book us for corporate events or sports clubs for team evenings. We also offer foreign languages on request. In addition, there are also cultural events such as readings and the like from time to time.

MT: What kind of difficulties did the pandemic cause you?

Klaas: Of course, the tours came to an end for the time being. With the lockdown, we saw that the tourist life on the Kiez came to a complete standstill, which of course affected us just as much. And the tours booked by companies and associations were of course also completely absent.

When it was allowed again, we created a hygiene concept that currently allows 20 people per tour, which is sufficient. The guests have to keep a distance of 1.5 metres from each other, the Kurschatten three metres – and that works very well.

MT: Let’s take another look at the money that comes in. How do you distribute it?

Klaas: We are a registered non-profit association. We usually receive earmarked donation requests from social groups and initiatives for projects on St. Pauli or in the neighbouring districts. Requests for donations of up to €1,000 are decided on at the monthly meetings of the Kurschatten. All larger amounts have to be approved by the associations’ director’s board- which has a prominent member and can perhaps best be compared to a supervisory board.

MT: Can you give a few examples of what you have promoted?

Klaas: The funding is published annually on our website. This year, the money went to the Teestube Sarah, the infirmary in the former harbour hospital and the Bergedorfer Engel, among others. The Teestube is a project that distributes tea, chocolate and condoms to prostitutes. The “Krankenstube” supports homeless people and we financed a new television because for the homeless there it is often the only source of information about world events.

Sönke: The infirmary also received the largest single donation in recent years, 3,600€ for three infirmary beds – although they had actually only applied for one bed, we found this so important and worthy of support.

Klaas: The Bergedorf Engel distribute food to the homeless on the Reeperbahn; we paid the vehicle tax for a van. And of course, there are many other projects like the Cafée mit Herz, the Alimaus, Hajusom or the St. Pauli Church. There are certainly “regular customers”, but we are always open to new projects.

MT: How are you positioned in terms of personnel – do you still need new “Kurschatten”?

Sönke: Absolutely! We are currently about ten people who offer the tours. Some of them left us during the pandemic, so we could use some new blood, and it would of course be great if we could find someone among the MillernTon readers.

MT: And what should they bring with them?

Klaas: First and foremost, you should want to take people on a tour of the neighbourhood and let them look behind the scenes. It helps if you enjoy talking, are open to other people and have an affinity for St. Pauli and the neighbouring districts and also have an interest in reading upon them.
And then, of course, it takes time. A booked tour “only” lasts about two hours, but that also needs preparation and follow-up. On average, with bookable tours, you end up with one tour per month per person.
If you can imagine doing this, just get in touch with us or come along on a tour and maybe come to the next Kurschatten meeting, we will let you know the date and place.

MT: What do you think of the other groups and tours that move through the neighbourhood?

Klaas: We are the only provider who offers tours without a commercial background. Unfortunately, this is one of the reasons why we are not as present in the media as others. But we try to avoid talking about the “1st FC St. Pauli” – as recently heard from far away…

Sönke: There are certainly good competitors with whom you have a collegial relationship and whom you also greet in a friendly manner on the road, for example, Hempel’s Beatles Tour with their ukulele. But there are also many others in the masses, to put it cautiously. We also have a cultural claim, and it wouldn’t fit in if we were to present a knee-slapper every 90 seconds. We certainly do it entertainingly and sometimes funny, but if you want to do a tour drunk as a bachelor party – well, there are more “suitable” organisers than us.

MT: Last question: What can you tell our readers here that they might not have known about St. Pauli yet? Of course, you can only read on if you make a contractual commitment to visit one of your tours in the near future if you really didn’t know that yet.

Sönke: St. Paul’s Church was rebuilt after the occupation by Napoleonic troops (1813-14) in 1820. Money was scarce at the time, however, so items that had previously had a different use were used as building materials. The planks of the floor of the church were discarded ship planks that had accumulated in the harbour. Thus, they used to see the whole world. Incidentally, the church is a very lively church. In 2013, 80 African refugees spent half a year there in church asylum. Concerts are also held in the church during the Reeperbahn Festival.

Klaas: Or from a completely different area: There was not only a Helgoländer Allee on St. Pauli but also a Sylter Allee – almost parallel to it. The street was then filled in and built on with a bunker – one of hand-counted six bunkers on St. Pauli.

MT: Thank you very much for your time and all the best for you and the Kurverwaltung!