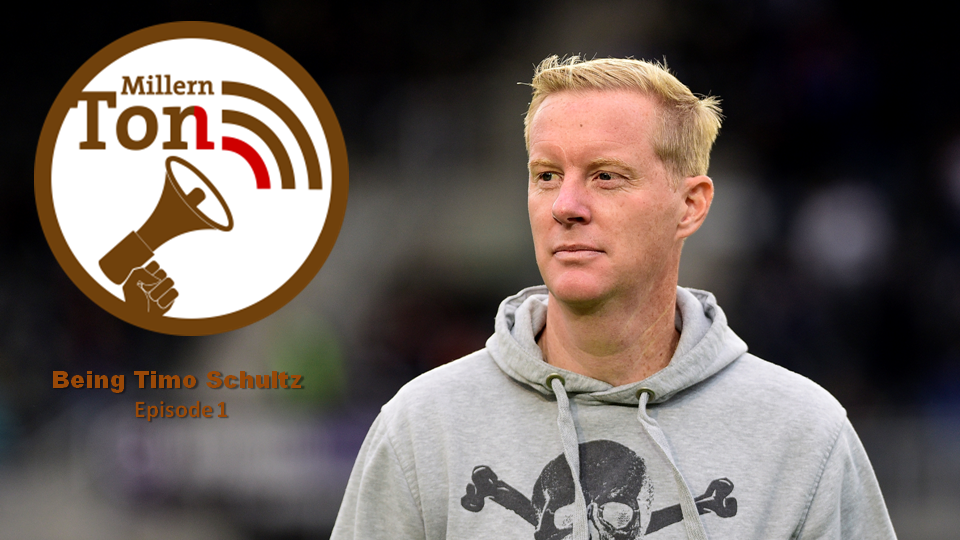 The MillernTon accompanied Timo Schultz from the beginning till the end of the season 20/21 and recorded short podcast episodes with him every now and then. The result is an exclusive insight into the work and the philosophy of the club’s coach, which we will present you with four episodes in total.
(Cover picture: Peter Böhmer)

We put a lot of effort into this project and are thus trying to make it as accessible as possible. Thus you’ll find transcripts of this episode as PDF-files at the bottom of this page in both German as well as the English language. We’d like to say a huge thank you to Arne for doing that!

So, we’ll kick off with the first episode. Of course, it begins at the start of the season or during the pre-season in July 2020 respectively. In the first two chats with Timo, we’ll get an insight into the coaching work during pre-season and also already some cautious concerns.

But even before we were able to make ourselves comfortable, we already got our butts kicked in Elversberg. So, already after the first real match of the season, we had to conduct the planned talk about how to cope with heavy defeats.

Much better after that was the start into the second division which acquired 4 points out of the first two matches. It allowed us to draw a first status analysis of the sportive aspects with Timo Schultz.

After the first defeat in the division on matchday 3, the international break offered the chance to talk intensively about Timo’s career as a coach. After that , three 2:2 draws were the sportive outcome of the following matches. Especially the last 2:2 draw thereby felt like a win as it was nothing less than the successful defence of the town’s championship.

Despite only one defeat in the first six matches and the defence of title of town’s champion, from a sportive perspective not everything was fine. So we also talked about the development but also about the remaining issues with Timo Schultz which were clearly visibly during the early phase of this season.

So, enjoy the first episode.
If you think this episode is great and you’d like to support us even more, you can find further information on how to do that here. In any case, it’ll be a huge support if you share this or every other content of ours within the deep spaces of the internet. Thank you.

The second episode will be released in a few days.

27 thoughts on “Being Timo Schultz – Episode 1”