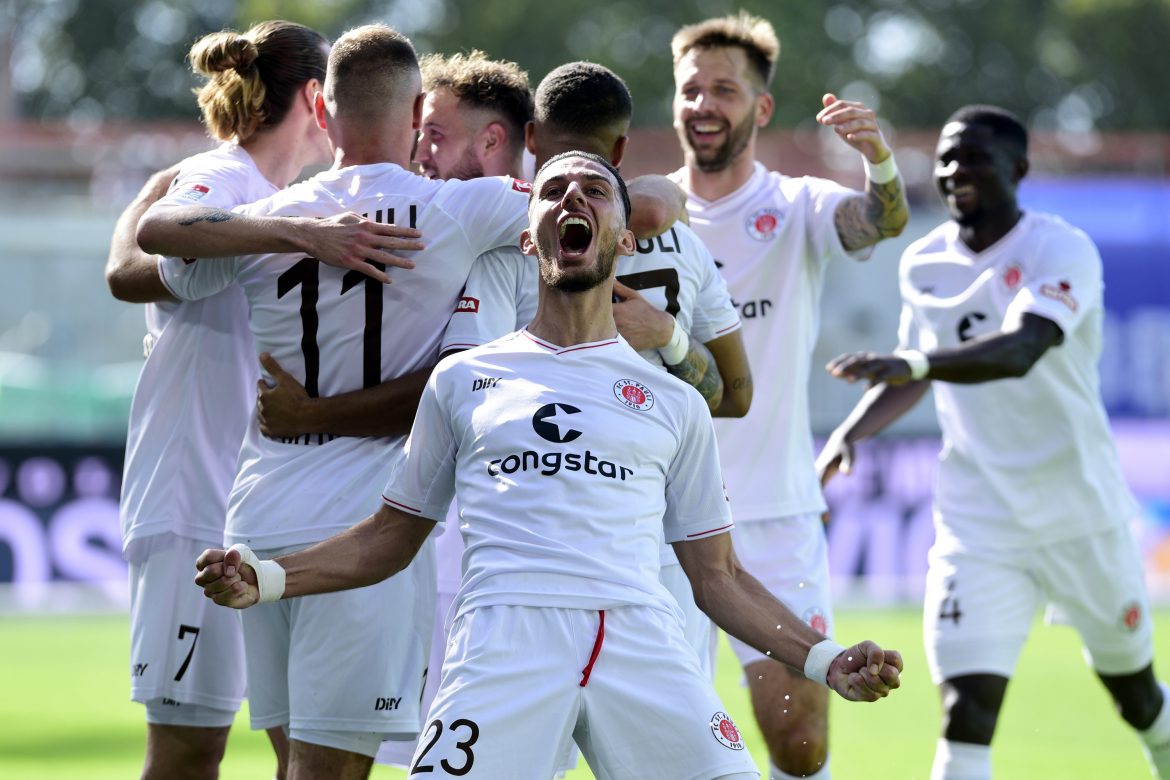 25 points after 11 games, top of the league – FC St. Pauli is playing an outstanding season so far. We take a look at the numbers and statistics and try to find out what makes FCSP even stronger than in the previous season. It becomes clear that a lot has changed.
(Cover picture: Peter Böhmer)

As is well known, the second half of the pre-season was already really good. Now, however, FC St. Pauli seems to be even more stable and shows a dominance on the pitch that has not been seen for years. And not in individual games, but week after week. But what adjustments have been made to make things run so smoothly now? What is FC St. Pauli doing better than in the previous season? There are several reasons and answers to these questions.

It wasn’t so long ago that we presented truly frightening figures here at MillernTon. In January 2021, we asked whether it made sense to sign another centre-back. The answer, based on statistics, was clear: The centre-backs were below average in the “core competencies” of the defence, such as tackles and headers. FC St. Pauli signed another player at that time, Tore Reginiussen, but Philipp Ziereis and James Lawrence also stabilised in the second half of the season.

What is happening this season, however, is simply an unbelievable development. FC St. Pauli is currently the team with the most tackles in the entire division, winning just under 66% of their defensive duels. Last season, the team was below average. This change cannot be overestimated. It is actually only about six percentage points by which the value has risen. But with more than 60 duels per game, that makes a difference. What is even more important is where exactly the new strength is applied, i.e. which players fight their duels how well.

Leart Paqarada is the most competitive defender in the division with 75% of duels won. Zander is in 7th place with 72%. In central defence, Philipp Ziereis (72%) and Jakov Medić (75%) are in the top 15. Afeez Aremu is currently in second place among all defensive midfielders with 73% of duels won (Düsseldorf’s Bodzek is just better). The best defensive midfielder on the ten-man position is, and this surprises me a little, Daniel-Kofi Kyereh. In central midfield, Finn Ole Becker is 10th (63%) and Jackson Irvine 12th (61%). Only Marcel Hartel falls slightly behind (26th place with 55%), but he leads the central midfield in intercepted passes. Only at the very front of the attack are the strikers quite behind the league average (but this may also be due to the pressing method since a lost duel goes down in the statistics as lost, but FCSP has the ball exactly on the side where they want it).

When asked about this development, Timo Schultz also points out that there were already improvements in the duels during the last second half of the season. He singles out Jakov Medić in particular, who would have thought it? But he also emphasises that Philipp Ziereis has improved enormously. Schultz also emphasises that it is not only the individual strength of the players that has improved:

“We have improved as a team in our defensive behaviour. These tackling statistics are also extremely dependent on how I function as a team. How compact am I? How fast can I be in the duels? How good is the counter-pressing?

FC St. Pauli is simply unrecognisable in terms of tackling and is clearly the measure of all things in the 2nd division. Who would have thought that, after it was said just a few months ago that the team was completely lacking in physicality? Of course, Jakov Medić is an enormously important factor. But Ziereis, Aremu, Paqarada – they were all already there last season. And they seem to have developed further in terms of tackling. I find that particularly remarkable.

Paqarada has the best tackling rate of all full-backs. In addition, no one gives more assists and plays more progressive passes (= passes that bring a team significantly closer to the opponent’s goal). Only Nuremberg’s Tim Handwerker hits more crosses. And only in two categories (number of fouls and quota in offensive duels) is Paqarada slightly weaker than the division average. In view of the other statistics, this is absolutely tolerable.

Speaking of fouls: FC St. Pauli committed only 90 fouls during the first 11 games. That is just under 7.7 fouls per game. The lowest value of all second division teams. In the previous season, FCSP was in 14th place with 12.9 fouls per game.

Of course, fouls are sometimes unavoidable on the one hand, because duels are fought on the threshold of a foul. But if it has to be against the rules, then at least in quite harmless situations. When looking at the detailed foul statistics, it is noticeable that FCSP almost never fouls, especially where the opponent would get a good free kick position (in the central defence). Philipp Ziereis fouls 0.47x per game, i.e. once every second game. James Lawrence is even fairer with 0.3 fouls per game. That means 7th and 5th place in the division among central defenders. The fairest centre-back in the division? Jakov Medić commits a foul just under every fourth game. In the defensive midfield, Afeez Aremu is in 6th place with just under one foul per game. These are outstanding values for FC St. Pauli.

Where there are few fouls, there are few free kicks. That is one reason, but not the only reason for another strength that used to be a major weakness: FC St. Pauli has not conceded a single goal from a set-piece this season. That is more than unusual. Blog colleague Maik doesn’t just tweet “No goal conceded after corner” after every game in which FCSP hasn’t caught one. Rather, it is a relic of days gone by, when conceding goals after corners were something of an inevitability.

It hasn’t been for a while now. The strength against opponents’ set-pieces is striking. Accordingly, we asked Timo Schultz about it at the last press conference. He emphasised the individual strength of the players and was also pleased with how stable his team is when it comes to set-pieces. However, this is not only due to the physicality but also to attitude. His players have “recognised the importance of these situations” and they push themselves accordingly when it comes to defensive set-pieces.

Offensively, the picture is different: FC St. Pauli is not a goal machine after set-piece situations but has already scored two goals after corners (the last one by Makienok against Rostock). I think that’s almost too few if you look at the great chances FCSP has had, especially from free-kicks. But in view of 23 goals from the current game in eleven matches, that is of course bearable.

Yes, that’s right, 23 goals were scored directly from situations of the match. That is, of course, the best value in the division, just as FCSP’s 27 goals scored so far are also tops in the league. The offensive football was already really good in pre-season and FCSP are always capable of creating chances upfront. This season, they are the team that creates the biggest chances and have the third-highest xG in the division. The reason for this is their combination football, which currently inspires us all week after week. No team gets more passes to their teammates in the opposing penalty area. In the categories of “important” passes (overplaying the opponent’s lines, assists on goal, passes out of pressure), FCSP is in the top 3 of the division in each case. In the number of shots on goal, however, it is “only” 4th place, which leads directly to the next point…

156 shots on goal, i.e. just over 13 per match, are fired by FC St. Pauli. The 27 goals scored mean that FCSP needs less than six shots on goal (5.8) to score a goal. Only Darmstadt 98 has a better “conversion rate” with 5.3 shots on goal per goal.
A value of fewer than six shots on goal per goal is enormously effective. In the three seasons before, this value was always above eight for FC St. Pauli. That is also about the average value of all teams. So should it be that FCSP overperforms here and that we should expect fewer goals in the future? It’s possible that the ratio can’t quite be maintained, yes. But the xG value rather suggests that FC St. Pauli will continue to need less than the average eight shots per goal. Because FCSP has the third-highest xG value per shot on goal and should continue to have a very good conversion rate with this number. Besides, there is GB9 in our ranks…

Yes, our own offence is exhilarating and currently, I don’t see any opponent in the second division who can defend everything against us. But that was similar in the previous season, although not quite as pronounced. FC St. Pauli has improved a lot in terms of defence. Especially the strength in tackling is a glaring development. The same applies to the number of fouls, which goes hand in hand with fewer set-piece goals.
Yes, it’s clear to me that things won’t stay this rosy for the whole season. Even if it’s hard for us to believe it at the moment, FCSP will still lose games and probably concede one or two goals from corners. (Note Maik: Noooooo!) But at the moment I have the feeling that a lot has to go wrong at once for games not to be won.

Probably the most important statistic I will provide at the very end: FC St. Pauli allows the fewest opponent shots on goal. 107 in 11 games, i.e. less than ten per game. Why is that so important? With the exception of Ingolstadt in the 17/18 season, the clubs that have been promoted in the last eight years have always been those that have allowed the fewest opponent shots on goal. “Offense wins games, defence wins championships” – FC St. Pauli has a lot going right at the moment.

5 thoughts on “The flight of fancy in figures” 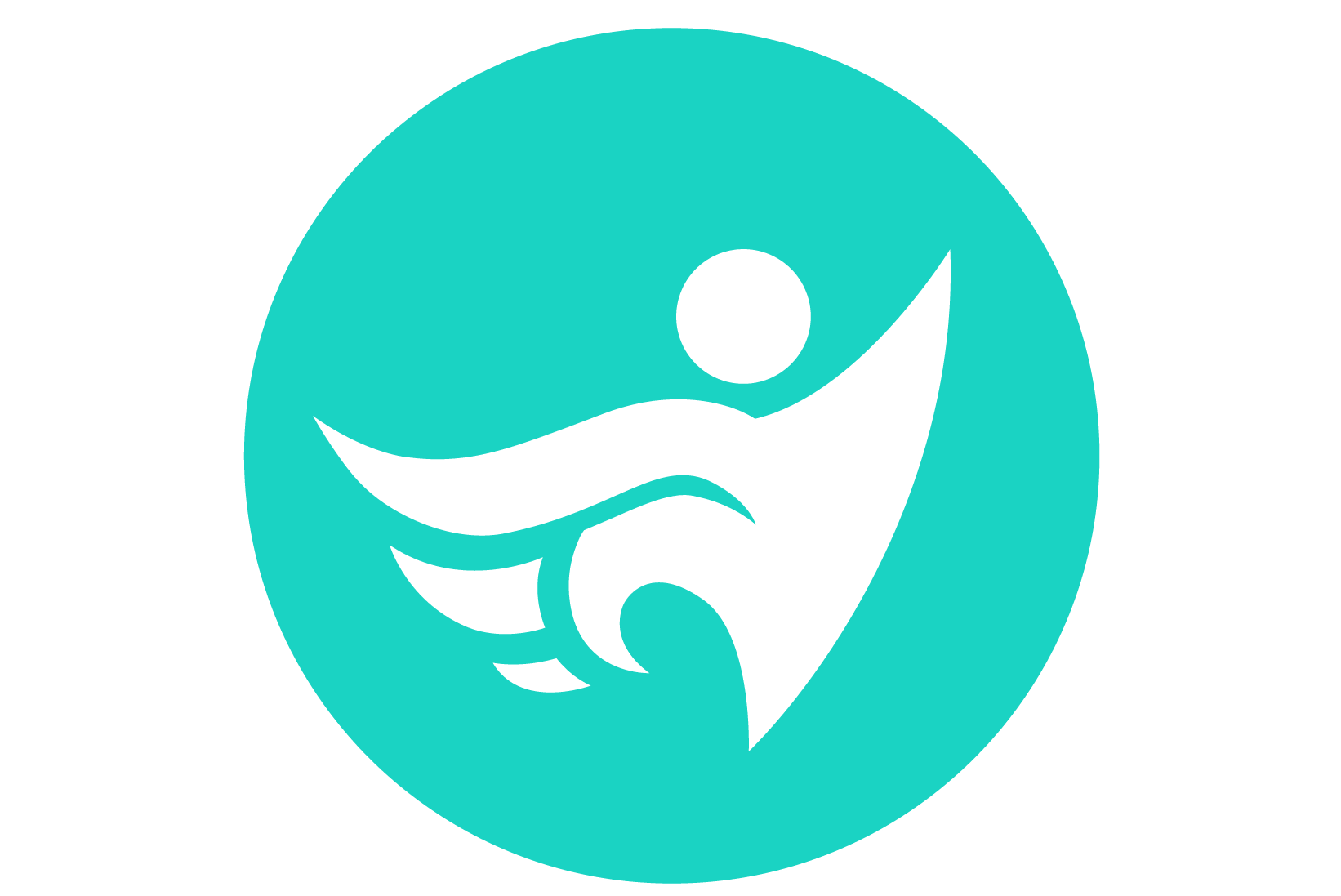